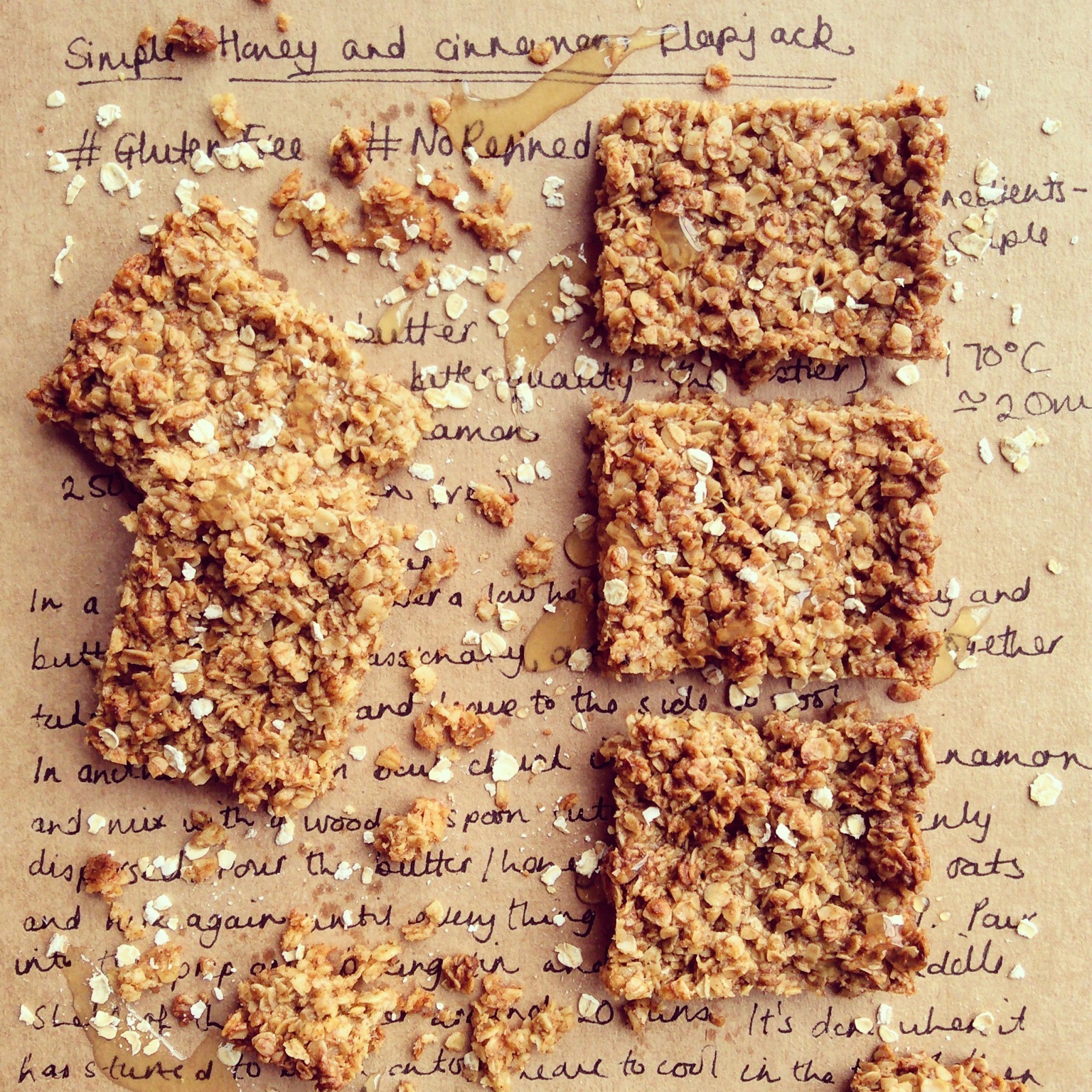 I’m on tour with a play at the moment and I am travelling to different parts of the UK every week. It’s quite a gruelling schedule – Poole to Blackpool, Exeter to Liverpool. Living out of a suitcase is definitely not for the faint hearted. I can’t travel much ‘stuff’, including food, as I’m not strong enough to carry it all, but I’ve been itching to bake.
I made these Simple Honey and Cinnamon Flapjack squares because a) you don’t need much ‘stuff’ b) they are cheap (only 4 ingredients!) c) they will give me a bit of much needed energy on a double show day and d) I can cut down on the refined sugar.
Honey and cinnamon is such a comforting combination – these autumnal treats didn’t last long!

1) In a medium saucepan over a low heat chuck in the butter and honey and stir until it has all melted together. Set aside to cool briefly.

2) In a medium bowl pop in your oats and cinnamon and stir together with a wooden spoon. Pour in the butter/honey mixture and mix again until everything is evenly covered.

3) Pour into you prepared baking tin, making sure it is evenly spread and flat. Pop in the middle shelf of the preheated oven for 20-23 mins. It is done when it starts to brown on top. Leave to cool in the tin (this is important – if you don’t you will break it up and it will crumble!) and then turn out of a wire rack to finish cooling completely. Cut into squares of your choice and you’re done!